It's inevitable. Whenever I work with student teachers, there comes a time when we have to talk about the tension they are experiencing between their ideal classroom and the reality of their placement. The discussion goes something like this...

Think of your vision of teaching (the ideal) and what is actually happing in your classroom (the reality) as two points. Now, stretch a rubber band between these points. Many of you will notice that the ideal and the reality are quite far apart resulting in tension between these two points of view.

The tension often results in one of two outcomes. New teachers quit (the rubber band breaks) because the distance between their ideal and the reality is so far apart. Or a new teacher abandons their ideal and snaps back to the reality (i.e. they teach as they were taught).

In order to deal with this tension, I have found it helpful to expand both my vision of the ideal and my perspective of the reality. This means that I maintain my core teaching philosophy while considering what might be negotiable.  I say to myself, "I would be willing to do x as long as I don't have to give up y." When it comes to the reality, I continue to be honest about my situation but I try to be aware of potential areas I might be able to build on. I remind myself, "If I concentrate only on what I dislike, then that's all I will see." As both expand, I look for areas where they overlap; this is where I find the subtle shifts that allow me to survive the situation while gradually subverting the current system.

Here are some examples of how I and other have attempted to make subtle shifts in our teaching. 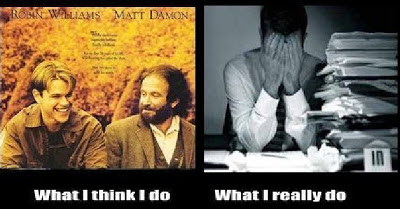 So this is part of what I do as a supervisor of secondary math student teachers; I try to help them to be aware of what teaching is and what they want teaching to be. And then I try to support them in improving teaching, which is where the fun begins.

What will they need in the future?

Earlier this week, I shared this question on Twitter:

What's the one thing you think your students will need from your class 10 years from now? #edchat #mathchat #lastinglearning
— David Coffey (@delta_dc) January 18, 2013

This has been on my mind recently thanks to increased focus on the Common Core State Standards (CCSS). Also, many of the teachers I work with are concerned that students are struggling to find purpose in the mathematics being taught.

While I was not expecting a response, I was grateful that some people were willing to share their perspective (such is the nature of Twitter). 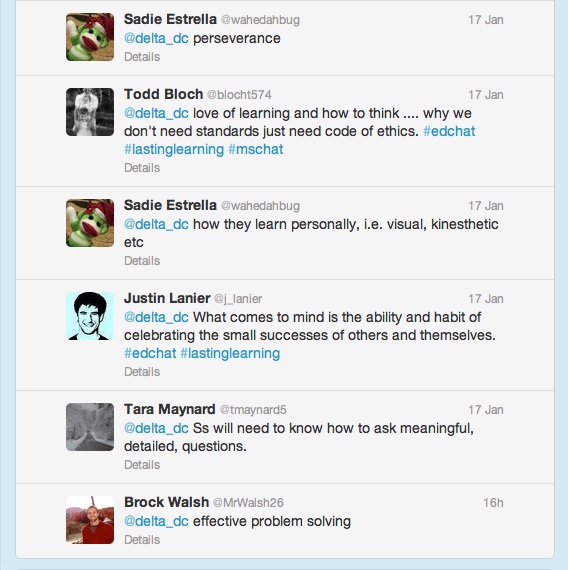 I found it interesting that none of these responses focused on any particular content. Granted, this is a extremely small, (probably) biased sample. Therefore I thought I would open up the question to others who might like to participate. You can leave your thoughts in the comments or write your own blog post.

What's the one thing you think your students will need from your class 10 years from now?

For what it is worth, I currently think productive discourse is the most important thing students can take away from my class. I agree with Brian Cambourne when he writes:

Learning, thinking, knowing and understanding are significantly enhanced when one is provided with opportunities for 'talking one's way to meaning.'

That is why I am less concerned about the CCSS than how they are implemented. Am I giving students opportunities to discuss, examine, and consolidate ideas so that they might be more easily transferred to other situations?

But wait - this principle applies to us as well. So let the discussion begin! Thank you in advance for engaging in productive discourse.

Last semester, I was fortunate to teach a class that brought together preservice and inservice math teachers in a combined undergraduate/graduate course. The graduate students mentored the undergrads in the areas of assessment, evaluation, and planning. In return, I gave the inservice teachers the freedom to use design thinking to explore any issue they were experiencing in their teaching. This post presents a portion of one of their projects. 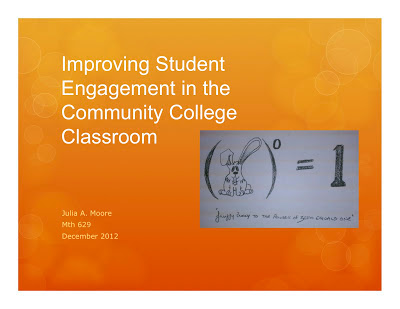 Julia Moore is an adjunct at Grand Rapids Community College, and she gave me permission to share her work with you. One of the things she found in the research she read was that students' self-perception related to mathematics impacted their engagement in the subject. She wondered if she might influence these individual perceptions by addressing the intellectual struggle and emotional  feelings typically associated with doing mathematics. In order to tackle these perceptions, she asked students to use Internet memes to describe their relationship to math. They shared the memes in class:

This is my favorite: 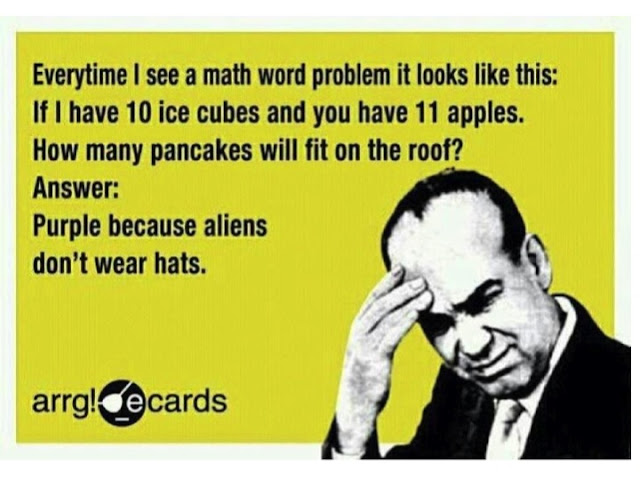 According to Julia, the most valuable part of this exercise was the discussion it started. She writes:

The conversation had its foundation in humor, so the classroom environment was relaxed and free-flowing. ... They shared stories of:

The discussion presented Julia with the opportunity to explain that everyone struggles in math; it's one's willingness to engage in the struggle that increases one's likelihood of success. She also highlighted where people encounter math in the world. Because of the safe space the original activity created, the students' were more open to this discussion and more engaged in later mathematical discussions.

She plans to add a second piece to this activity in the future. Students will create a new meme at the end of the semester that indicates some mathematical understanding they learned during the course. This is the example Julia shared: 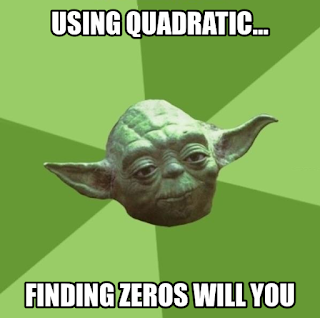 Is it a performance or playing? 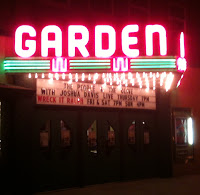 We spent much of our break between semesters attending concerts by Michigan musicians (Joshua Davis, Max and Ruth, Seth and May, and Starlight Six). As often happens, I began to consider how what I observed during these concerts might apply to teaching. This was especially true when we got to see Joshua Davis at two different venues on December 13th. The first was at a theater in Frankfort, Michigan showing a movie to which Joshua contributed. Later, at an after party, he played in a pub across the Betsie River in Elberta.

At the theater, Joshua performed before the movie while photos from his trip played on the screen behind him. He shared a bit about the project and a few songs that had resulted from the experience. I saw this as a performance because he had limited time to share a planned set of his "best material" in a polished fashion to an audience he could barely see beyond the first few rows. 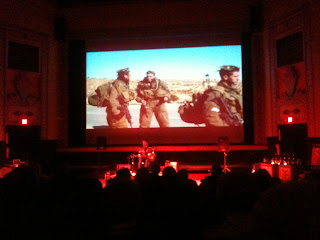 His playing at the pub was much different. Joshua was set up on a "stage" separated from the audience by a pathway that many of the patrons used to get from the bar area to the bathrooms. During his set, he joked with the people as they passed by and interacted with the audience. We yelled out requests and he obliged. Furthermore, it was clear that he was trying out some new approaches to familiar songs. I call this playing because it was more relaxed and playful than his earlier performance.

As I reflected on the differences between these two shows, I realized that I need to be better about distinguishing between performing and playing in my practice. There is a place for both in teaching, but I am afraid I have not always made an intentional choice about the approach I will use during a lesson. When there is limited time, little opportunity to interact with the audience, and a need to share my best, most polished material, then a performance might be the way to go. Otherwise (and if I am honest, most times), I would be wise to be more playful in my teaching - trying out new things, seeing how the audience responds, and making the necessary adjustments.

And before too long, maybe I can schedule an "open-mic lesson." Of course, there will need to be intentional efforts to turn over to the audience the responsibility of making music. Still, it would be interesting to hear how they might interpret the music and make it their own.