What does that even mean?

On June 19, 2013, the Michigan Legislature voted to give state education and treasury officials the ability to dissolve two financially troubled school districts. During the House debate, one representative spoke passionately about the legislation. You can watch her statement below.

At one point, Representative Lyons says:

The amendment that is being discussed, and was offered yet again tonight - that was not adopted - was a double-down from groups focused on only adults, and they just wanted more. Pigs get fat, and hogs get slaughtered. I am done now talking about political parties and adult interests. I want to focus on the problem that these adults created.

Others have taken the Representative to task for this confusing comment (here and here) which has resulted in her responding here. The symbolic language used in her rebuttal is illustrative of the way vague but powerful words are being used against public education and educators. These words are what I want to focus on.

In the first paragraph, she asserts that the focus has been on "adults instead of kids." As in teachers' jobs rather that students' ... what? Many in the reform movement purport to support students first but their actions (like dissolving students' schools, removing experienced educators, and focusing on testing) are antithetical to their stated goal. These reformers offer little in the way of what it means to put students first besides suggesting the need to get rid of bad teachers.

And here we have the other symbolic language Rep. Lyons uses: "the unions' zeal to protect bad teachers at the expense of younger, possibly more qualified professionals, ..." (emphasis mine). The reform movement throws around bad teachers without being explicit about what makes them bad. Reformers get away with this because most of us had a teacher we didn't like. You know, the one who was boring or expected us to revise our work or challenged us to take responsibility for our own learning. Consequently, bad teacher is used to evoke a powerful memory in us while actually targeting someone very different: the experienced teacher. Because experienced teachers have institutional memory that might challenge a "new" mandate (and their contract is large), it can be useful to label them as bad in an effort to get rid of them.

Removing experienced, effective (expensive) teachers is not putting students first. In fact, it is putting politics first; it is an effort to de-professionalize teaching and educate on the cheap. 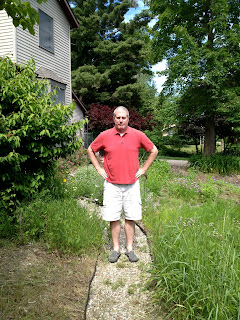 It depends. I do not agree to challenges without more information. To do so would be, in my opinion, irresponsible. Sort of like using blanket statement to make some point.

For me, it seems to come down to phronesis: what's available, and what's worth doing?

Take, for example, the car to the right. It was built to get you from point A to point B over land or water. It seems to be an effective means of travel, and it could probably beat most regular modes of transportation in a race that involved a combination of land and water. But there are times when it would not be the best choice in a race. What if the race was all on land (or all water)? The best method of transportation depends on the conditions.

The ability to choose from a variety of methods came to mind today as I read The Faulty Logic of the 'Math Wars' (here). In the fourth paragraph, Crary and Wilson write:

The most efficient algorithm for addition, for instance, involves stacking numbers to be added with their place values aligned, successively adding single digits beginning with the ones place column, and “carrying” any extra place values leftward.

If I understand their assertion correctly, then I would like to challenge them to a race. First one to compute the following sum wins. They can use their efficient algorithm and I'll use some other method.

What kind of coach are you?

I began Cognitive CoachingSM training this week. In order to consolidate my new understandings, I thought I would share with you some of what I have learned. This seminar is comprised of eight, day-long sessions (we have only had two thus far), so I anticipate that this will be a series of posts. In this one I want to focus on what it is like to be a Cognitive Coach. 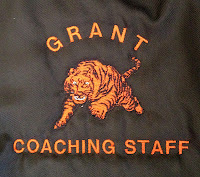 The seminar started with a simile (one of my favorite ways to begin learning something new): "Cognitive Coaching is like ..." When I first heard this I immediately thought of an athletic coach. I coached basketball, football, and volleyball for several years when I was teaching at Grant Public Schools, so it was natural that I would think of Cognitive Coaching from this perspective. I have even used the athletic coaching analogy in professional development sessions when explaining instructional approaches like differentiation or the gradual release of responsibility.

Unfortunately, athletic coaching is not always seen in a positive light.


Even if you get rid of the abuse, athletic coaching usually entails one person, the coach, telling other people how do to something. I remember saying to my players, "If you can't run this play the way I've drawn it up, then I'll find someone who can." While having everyone on the same page might win games, it is not an effective way to support cognitive development.

The mission of Cognitive Coaching is to produce self-directed persons with the cognitive capacity for high performance both independently and as members of a community.

Consequently, the simile Cognitive Coaching uses is a stagecoach.

The idea is that the Cognitive Coach conveys whomever is being coached from where they are to where they want to be; this is a key difference from the typical coaching approach because the person being coached chooses the desired destination. The coach simply supports the valued individual's move from here to there.

While Cognitive Coaching is only one of four different support functions, it is the initial stance taken in any interaction with the understanding that the coach can adjust to consultant, collaborator, or evaluator if it becomes necessary. I will discuss the differences between these supports in the next post.
Posted by delta_dc at 11:53 AM No comments:

What will you give? 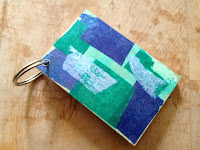 We just returned from a luncheon/fundraiser for Artists Creating Together (ACT). This is an amazing organization that "brings people with disabilities together with artists and art projects." At the luncheon, we were entertained, fed, given a handmade key chain, and provided information about ACT's efforts.

After lunch we watched this video:


Then the mother of one of the individuals highlighted in the video, Drew, gave a moving speech about what ACT has meant to her family. Finally, we were asked to consider what each of us might be able to give to support programs like these.

This was not a surprise. After all, it was a fundraiser. But it got me thinking.

I am grateful for organizations like ACT that are supporting people who are often left on the margins, and I would encourage you to support their work by going here and making a donation. However, when it comes to the arts, we all benefit from creative experiences. Unfortunately, in the current educational climate of college and career readiness and teacher accountability, "specials" like art and music are often the first to be sacrificed because of a lack of resources - time (spent instead on test-prep) and money (spent instead on standardized-tests).

I long for an educational system where tests and test-prep are done outside the school day, and where we fund the arts and hold fundraisers for standardized tests.
Posted by delta_dc at 11:43 AM No comments: