How does a mathematician see the world?

And how does a math teacher help learners to see the world through a mathematician's eyes?

This was a major challenge during the past semester in my Intermediate Algebra sections. Many of the students came to class expecting me to show them a procedure that they would practice until test time - when they would reproduce the procedure and promptly forget it. Nearly all of the students had seen the Intermediate Algebra content in high school (linear, quadratic, and exponential functions) but it hadn't stuck.

This was the problem. They had seen the content. Now it was time for them to use it to see the world. So I shared pictures and videos and asked them to look at them through a mathematical lens. 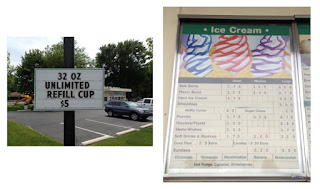 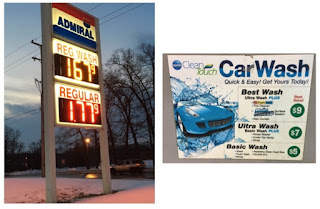 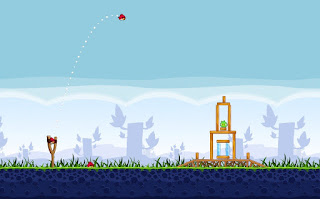 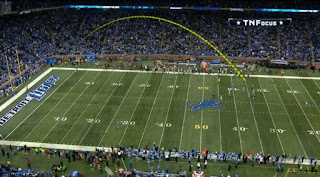 At one point, a student said, "Just once, I wish I could see the world through your eyes." Exactly! Unfortunately, they were often so afraid of making a mistake, of breaking the mathematical glasses, that they were not willing to even put them on. They did not know how to be playful with the math we were exploring.

So I introduced them to Yes, And ...; this is a problem finding activity that I developed using a well-know improv game where participants accept and build on the ideas of their partners. Here are the instructions for my version:
Yes, And ... can go on as long as the teacher wants. I found six minutes (three rounds) to be about right the first time we played the game. One student submitted this to demonstrate her engagement with the task. 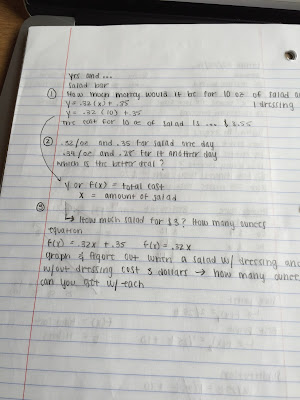 I cannot claim for certain that Yes, And ... changed my students' view of mathematics or helped them to see the world through a mathematical lens. What I know is that for six minutes they played with math. It's a start.

Isn't it great to be a teacher?

Yes, it is great to be a teacher. However, unless you are a teacher or know one very well, it's probably not for the reasons you think. The one example that I am constantly having to explain to people is the whole misunderstanding about the summer pay thing.

"Isn't it great to be a teacher and have a paid summer vacation every year?" asks a person I just met when she/he finds out I am a teacher.

I explain that the money I get paid is deferred from what I earn during the school year. Much like a pension or Social Security, it helps me make it through a time I would not normally be earning a salary. Also, it helps most districts to spread payments out over the year. Win-win, right?

But what happens if the district is in financial trouble and runs out of money before paying the deferred salary to teachers? This is not a hypothetical question. It is happening right now in Detroit. And state politicians are having a hard time understanding why the teachers are worried about their summer pay.

Let's do the math. Imagine a Detroit teacher works for 9 months, September to May, for $36,000 (These are rough estimates. I am simplifying the problem to make it easier to follow.) The teacher can take the payment across 9 months, $4,000 per month, or 12 months, $3,000 per month. If a teacher in Detroit chose to spread her pay over 12 months and the district runs out of money at the end of June, then she will receive 10 months of pay or $30,000 of the $36,000 she earned. This translates to 7 1/2 months of teaching or through the middle of last month (April). In other words, if the legislature does not come through with the necessary funds, Detroit teachers have already worked for roughly 10 days for free.

The governor's office tells teachers not to worry - that a $715 million aid package is moving through the legislation. Unfortunately, according to the New York Times:

A year ago, Mr. Snyder, a Republican, proposed a $715 million aid package for the Detroit district, but it has been bogged down in the Republican-controlled Legislature.

No wonder Detroit teachers feel too sick to go to school.