What's your next move?

Our presentation from Math in Action 2017 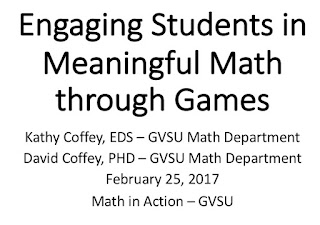 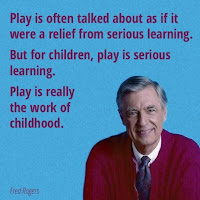 Description:
Games are an effective way to engage students in learning. Participants will experience how to support the development of pre-adolescent mathematicians through purposeful play. [Grades 3-5]

Consider what you think it means to effectively teach mathematics. Now take the Simile Survey provided below. What are the characteristics of your simile selection that relate to good mathematics teaching?

A while back, Dr. Doug Fisher introduced me to another teaching simile: Teaching is like being an expert commentator. During the lesson, the teacher highlights important aspects of the "routine" that the student might otherwise overlook. In cases where the action moves too quick, the teacher might need to "rewind and show it in slow motion" in order to clarify some move. Here is an example from the 2016 U.S. Olympic Trials that demonstrates these characteristics. So what does this look like in math class?

Imagine we are in a 3rd-grade class playing BINGO. If the students are fluent in reading number symbols, there's not much to the game. So let's break it - add another dimension by allowing players to decompose the number that's called.

If you were in a 5th-grade class, they might ask why they can't decompose the called number into more than two addends ... or use operations other than addition. Then the challenge might be, "Can I get a BINGO with just one number called?"

After (or during the game), what sorts of things would you want the students to notice? What would you highlight and maybe have to slow down? It depends on the game and our players.


It is important that teachers have the opportunity to play games before using them with their students. That way the teachers can consider possible modifications (ways to "break" the game) that would meet their students' needs. It also gives them experience playing the games that can lead to insights into important mathematical aspects encountered while playing that the teachers might want to highlight for their students. 
After playing the games, we reflect on our experiences using Math Teacher Chair:


Thanks for your participation. You can reach us using the following contact information. 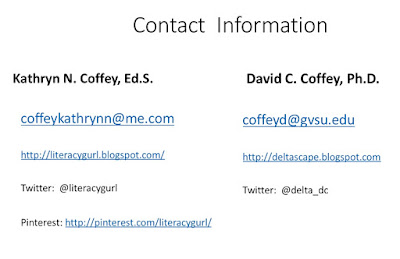 If you are attending the upcoming 2017 NCTM Annual Meeting and Exposition in San Antonio, we will be presenting this session again.

We promise it will be better next time thanks to the feedback you've provided on your session evaluations (or in the comments below).

Can we have five more minutes? 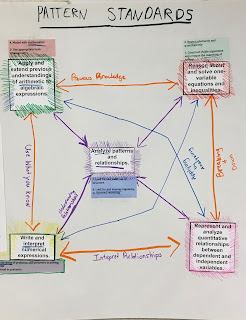 Excuse the pun, but it was like clockwork. I would assign a group project (something like making a concept map), give them 20 minutes, and set the classroom timer. The timer would go off and nearly all the groups would ask for more time - usually about five minutes. It got to the point where I would just add five minutes into the plan but then they'd still want more time.

It wasn't as if they hadn't been working the entire time; they were just really invested in getting it perfect. Even the smallest detail, like the use of colors, had to be debated. I explained that these details didn't matter as much as the connections they were making, but somewhere they got the notion that the presentation of their ideas was paramount.

Then I was introduced to Design Thinking and the principles of bias to action and prototyping to a solution. I decided to apply these principles to the problem of students attempting to create the perfect poster. I went back to giving groups only twenty minutes but I broke it up into smaller intervals - each with a defined purpose.

First three minutes: organize the concepts in a way that reflects how you see them related and glue them on the paper. 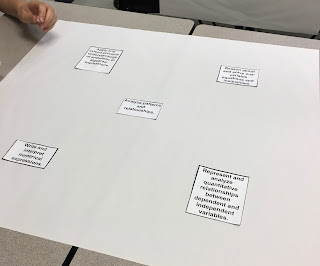 I knew if I simply moved on to the next phase nothing would change; they would get stuck in the same old debates. Therefore, I had the groups rotate clockwise around the room. They were now looking at another group's vision of how the concepts might be arranged.

Next three minutes: consider the previous group's arrangement, talk through what the arrangement might represent, and add connections (nothing more). 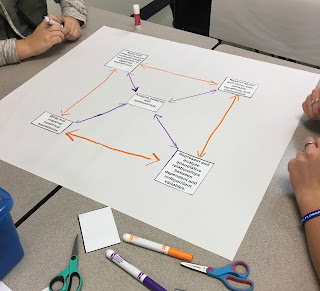 During this time, I kept reminding them that the previous group had only spent three minutes coming up with the configuration of concepts upon which they were working. There was nothing they could do to ruin it. This was simply a prototype and they had limited time to add their contributions. After three minutes, they rotated clockwise to a new group's poster.

Third interval of three minutes: consider the work of the previous groups, talk through what the work represents, and add descriptions to the connections. 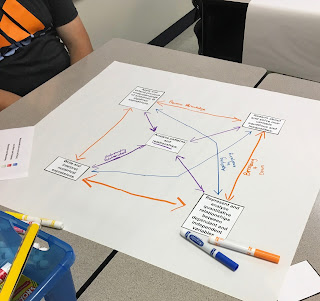 I reminded them that only six minutes of work had gone into poster. The previous groups didn't really have anything invested in what was already done. So they shouldn't worry about doing anything that might change the poster. I even encouraged them to add new connections if they thought it made sense. After three minutes, they rotated clockwise to another new poster. 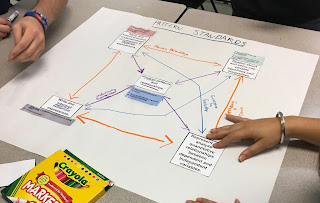 Each time, I repeated the mantra: "The other groups only spent three minutes on the poster. You can't ruin it. Just get to work."

After 18 minutes, each group returned to their original poster. There were some audible gasps and laughs. Rarely had the poster turned out as expected but each group could infer the intent behind the decisions other groups had made. They spent the last two minutes creating an artist statement for their concept map - something they thought an observer ought to notice. 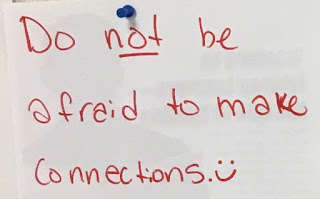 None of the groups asked for more time. They were satisfied that the posters were prototypes - works in progress that allowed viewers to add their own perspective. We used the "extra" five minutes to do a gallery walk and see how our work turned out. 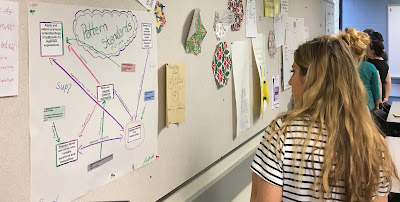