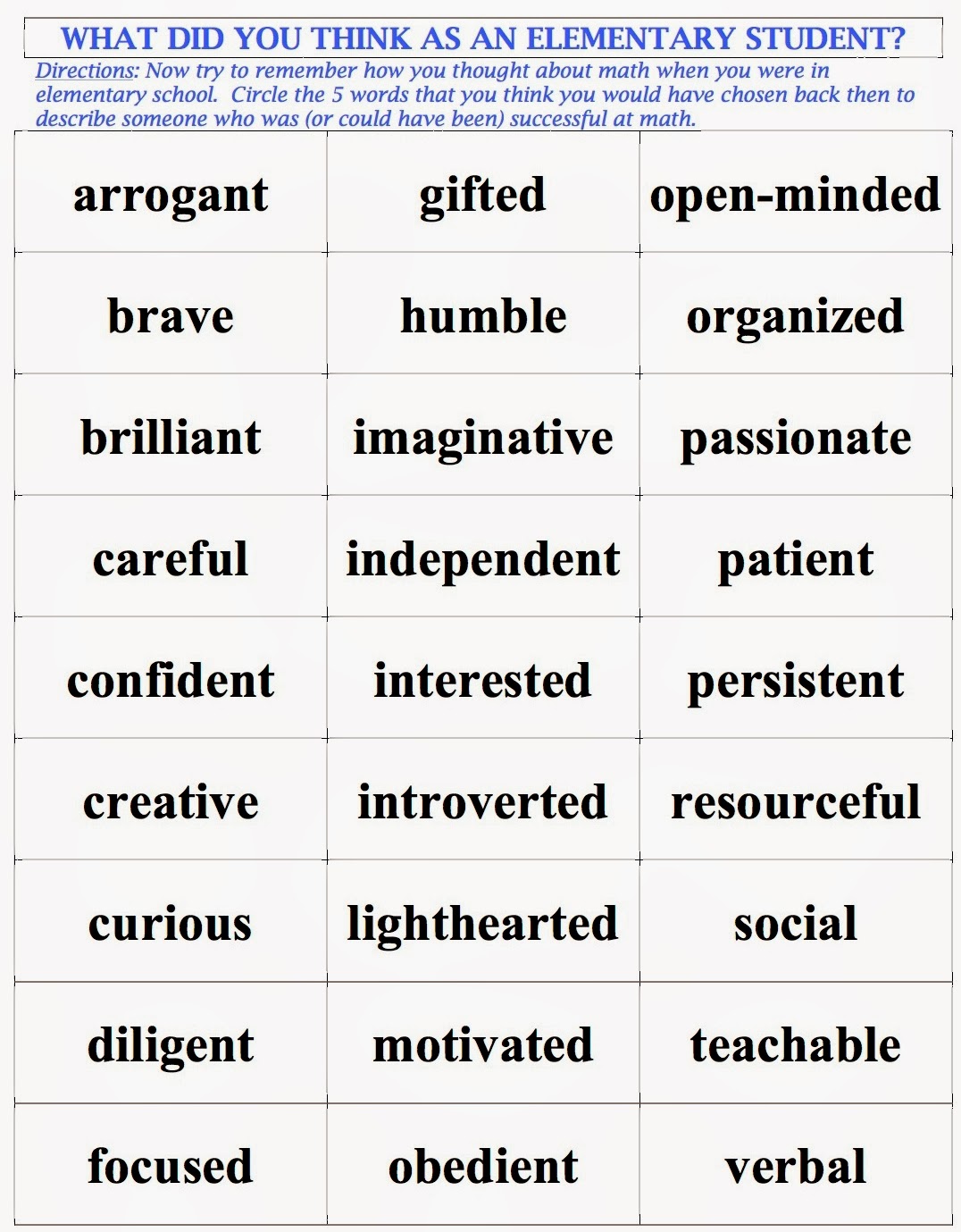 This awareness that not much has changed in the teaching math since they were elementary students is an important step if we are going to begin doing things differently. I told them that I do not want to be having this same conversation with their students when they get to my class in 20 years. Don't get me wrong, it's an interesting discussion, but the semester would get off to a better start if everyone entered class believing they could be successful in math.
Posted by delta_dc at 9:02 AM